There is little hope for a blind dog lost in the Santa Cruz mountains, even less for one missing for a week.

For a Boulder Creek Labrador named Sage, however, eight days proved to be enough time to spend away from home in the vast California wilderness. 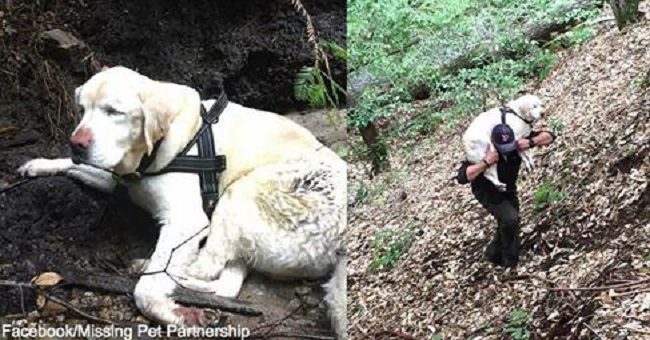 “It was horrible,” Sage’s owner Beth Cole told ABC7 News. “We were so heartbroken and just feeling so bad that she was out there.”

After losing track of Sage on Feb. 24, Cole spent the following few days searching the woods adjacent her neighborhood, despite reports of mountain lions in the area. Cole, along with friends and neighbors, eventually began to lose hope.

“We had so many people helping with the search. We had signs up, we had it posted everywhere,” Cole said.

That’s when they received good news.

According to KSBW, one of Cole’s neighbors, Dan Estrada, came across a white labrador while hiking along a stream in the mountains with a friend. Sage surprised them both by popping her head up in curiosity. 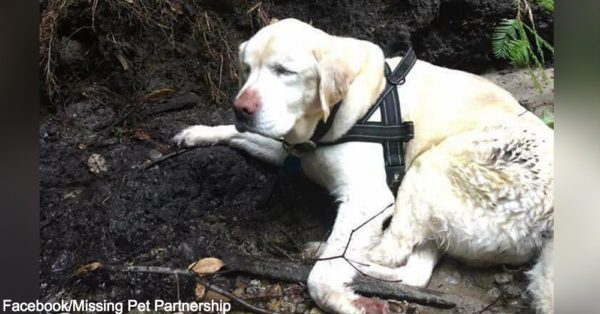 Estrada recognized Sage immediately, and ran to help her out. He picked her up onto his shoulders for the rest of the hike out of the canyon.

“I jumped in the stream, I was super happy,” Estrada told ABC7. “I put my arms around her and hugged her and threw her over my shoulders and carried her up the mountain.”

Sage was carried home to a happy and grateful family, while the lesson of her experience was not lost on her rescuer. 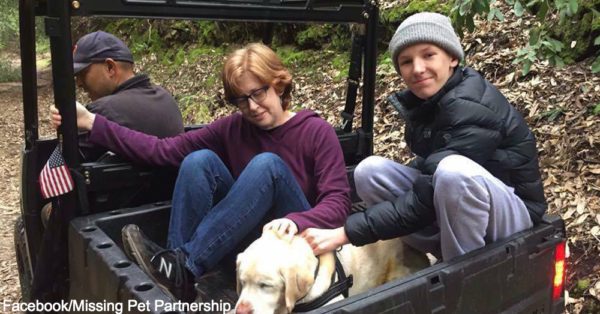 “It’s been harsh conditions and that dog had such a strong will to live,” Estrada said. “And I think everybody has a lesson to be learned from that: Don’t give up.”

KSBW reports that Sage’s welcome home party will be held on from 4-6 p.m. March 18 at Joe’s Bar on Highway 9, in hopes of also raising money for the Santa Cruz County Animal Shelter. 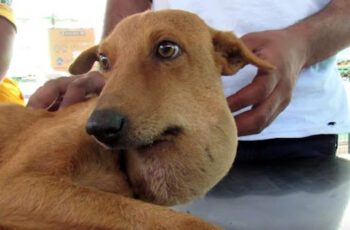 A sick street dog was trying to take care of …

Francis was a.ban.doned in a cardboard box on the side …