In poverty-stricken countries, stray animals are everywhere. There is a serious epidemic and many people turn a blind eye since they don’t think they can do anything about it. 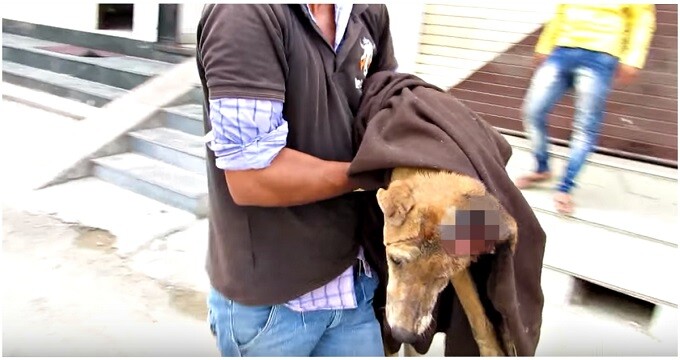 But the truth is: Every life matters. Saving one animal at a time makes a difference. Especially to the animal that’s being saved.

One dog was so badly i/n/j/u/r/e/d, and close to d/e/a/t/h, that he went into a basement of a shop and waited for d/e/a/t/h to come. He was dehydrated and malnourished. The large gash on his head was also so badly infected that maggots had taken up residence. 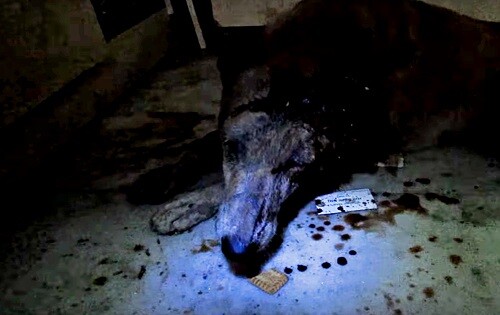 Yes, the injuries would have been overwhelming to most. Many felt that the dog was beyond saving and should have just been left alone. But not Animal Aid.

A volunteer was dispatched to the scene and he took the dog into his arms and carried him up the stairs and into their vehicle. The man wasn’t focused on what he couldn’t do. He focused on what was possible. And that is exactly was what this dog needed.

Once the dog arrived at the Animal Aid sanctuary, it was all hands on deck. Medicated powder was put inside the large wound. Once the powder settled, it would kill the maggots, and then they could remove them. 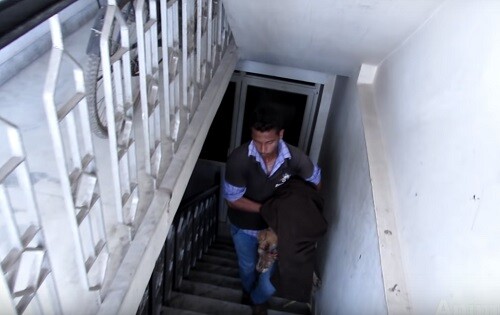 The sweet dog stayed still, knowing these animal lovers were there to help him. They carefully bandaged his wound and with pain meds and IV fluids on board, he was given a place to rest for the night.

The next day, it was time to clean out the wound and remove the dead maggots. They did so with love and care and bandaged him up again. 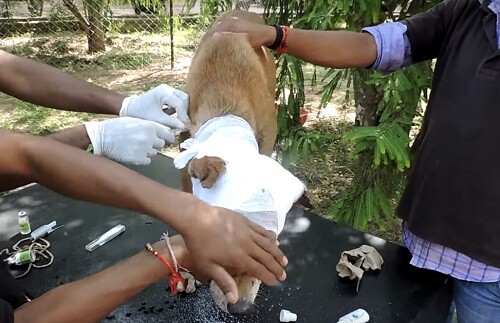 Two weeks later, the wound is clean and infection-free! The sweet dog is still timid and hangs his head but his caregivers understand. This is a dog no one had ever cared about before. Trusting humans would take some time. Thankfully everyone around him is very patient.

In 9 weeks, the dog, now named Jerry, is pain-free and doing great. His wound has fully healed but most importantly, so has his spirit. He moves slowly to his new human friends, but as they welcome him closer, he willingly accepts their affection. 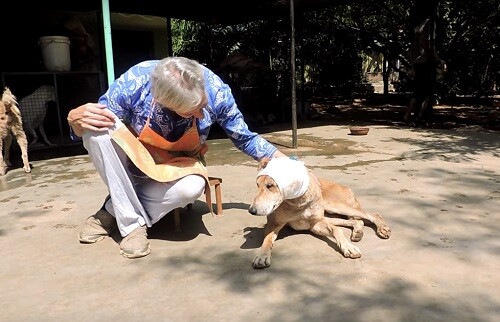 What makes Animal Aid so special is that they allow every dog they save to remain at the sanctuary indefinitely. Since adoption is unlikely– especially for older dogs with battle scars– every animal they save becomes an Animal Aid permanent resident. The sanctuary is their forever home!

They have tons of friends, both human and canine, and spend their days with steady meals and lots of love. We applaud Animal Aid’s efforts and big, kind hearts. 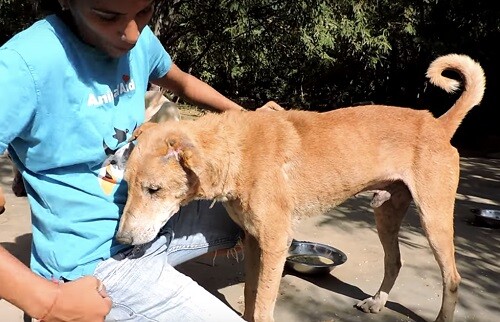 To see Jerry’s rescue and recovery, scroll down and click play on the video below.

Please remember that Animal Aid operates solely on donations. Sharing this story not only brings awareness to such an amazing group but it gives others the opportunity to contribute. 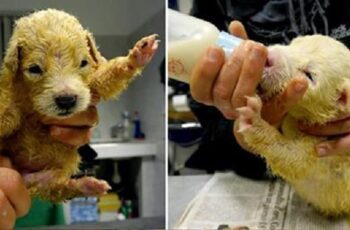 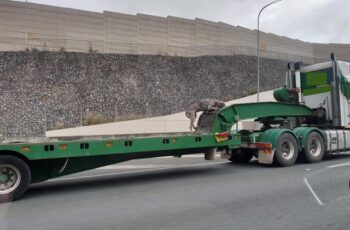 A photo of a dog tied to the back of …