When a couple of neighbors learned there was a dog in te.rri.ble shape tied to a tree behind a house they decided to go and investigate.

When they saw him they couldn’t believe his condition and ran to get him water and food. They originally thought the skinny dog, who they named Ganesh, was a.ban.don.ed, but a man came through the gate 20 minutes later. 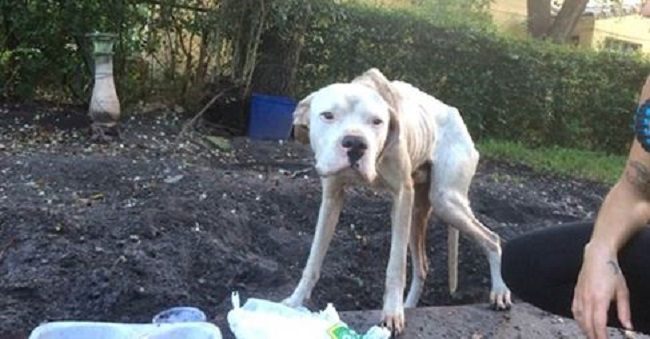 Ganesh’s Good Samaritans decided to act and asked the man about the dog. “We confronted him and his response was ‘that’s my nephew’s dog, he left him here months ago and I’m not interested in taking care of him’. The man then asked if they wanted him, to which they immediately said ‘yes’.

They did reach out to South Florida animal control but when the agency said that Ganesh might be put down given his condition they asked them to change their report and decided to keep him themselves.

Walking him home, they could tell that.

They walked Ganesh home and gave him a bath and fed him. “He was so happy just to be able to walk and even run for the first time in who knows how long.”

Ganesh is a Dogo Argentino mix and his rescuers have taken him into their home to foster him.

“He has adjusted wonderfully to our animal home. We have three other doggies that have welcomed him sweetly to their pack and a kitty who warms up more each day that passes to his gentle attempts to be her friend,” they write on GoFundMe. 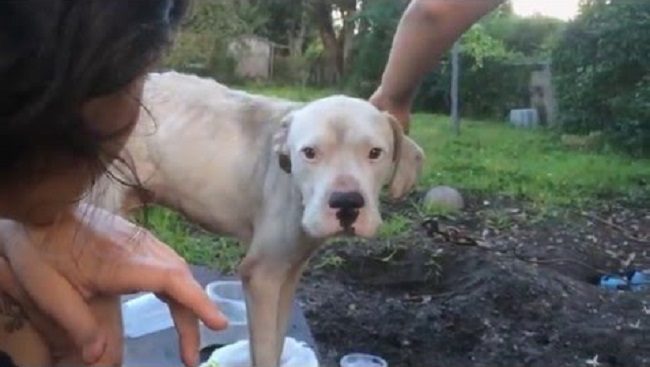 “He is eating four hearty meals a day filled with protein and good fats and takes long walks where he is quickly learning to walk on a leash. He has been to the beach and to the dog park where he has made more doggy and human friends. He is very excited and curious to experience new places, animals, people and things.” 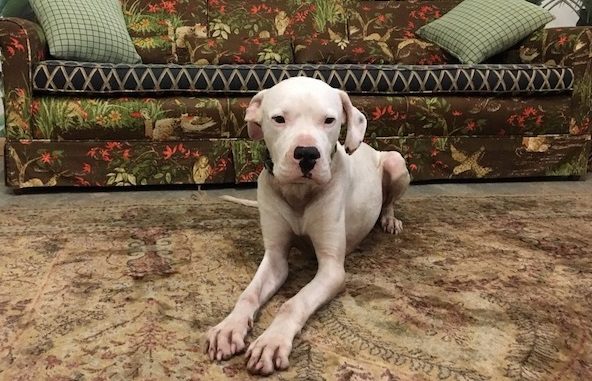 Good Karma Pet Rescue has stepped forward to help Ganesh find a forever home when he’s ready. Until then, he’s exploring his new world with love and curiosity! 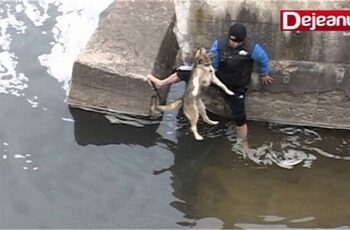 How this dog shows happiness and gratitude after his rescue … 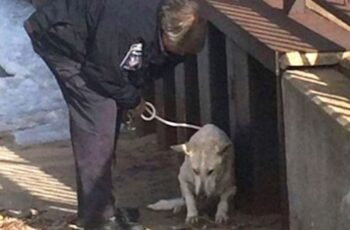 A stray dog who nearly drowned in the icy waters …