A puppy rescued off the streets is adjusting to life at the shelter after a rough start.

Valia with The Orphan Pet writes:

“Mentee was found on the side of a busy road, in the outskirts of Athens, Greece. He was just sitting there, like he does in the video, gazing and waiting. Waiting for what, I do not know, nobody does.

“The volunteer who rescued him says that he was waiting for her. Maybe. Who knows. Who knows what all those puppies are waiting for, abandoned per dozens every day on the Greek streets.

“Mentee is not the only one, he is one of the many, and despite how sad he looks, he is actually one of the luckiest ones out there. Most puppies like him end up being ran over or they die of diseases, hunger or poison.

“Not all of them are born on the streets you know. In fact most of them aren’t. They are born by the never spayed nor monitored pet dogs, that spend their lives in a garden, and give birth twice a year to unwanted puppies that the owner disposes off, usually by abandoning them on the street or putting them in a plastic bag and throwing them in the trash. 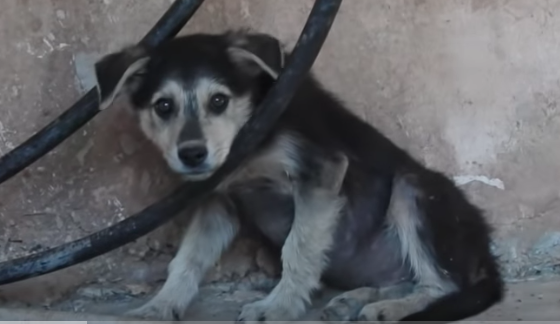 “There is no way of knowing who Mentee’s mum is, who knows where he came from and how his life has been so far.”

“Since his rescue last Saturday, he has gained a bit of weight, and has started wagging his tail, but he still spends most of his time alone, in a corner, as if he doesn’t know how to live.”

“He is malnourished and probably suffers from demodectic mange, which affects puppies with low immune system. I saw him yesterday and fell in love. He is the saddest and yet the sweetest puppy I have met – and no, he won’t be sad forever. 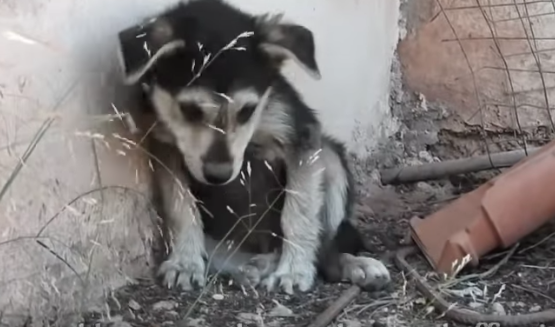 “They place he is being fostered at is not ideal, but it is better than the streets, and it’s the best we can offer him right now. This is as good as it gets for most rescue places in Greece, because the dogs are so many that there is simply no room for them anywhere, and rescuers have to come up with solutions that don’t look ideal, but they are at least safe.”

Visit the SCARS website to find out more about Mentee and other dogs at the shelter. 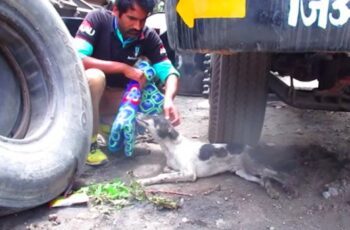 When rescuers arrived to save a street puppy, they found … 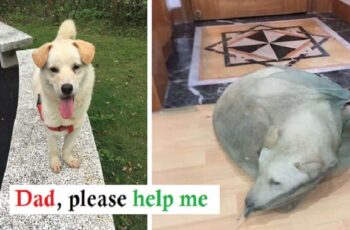 This Man Saw A Dog Being Sold For Meat And …