Emma was at the end of the line. On deck for euthanization at the Charlotte Animal Shelter in North Carolina, it seemed her fate had been sealed.And then a rescuing angel named Nicholas stepped in to save her … but Nicholas’ big-hearted act of kindness was even bigger than he thought! He had no idea that Emma was pregnant at the time of her rescue. 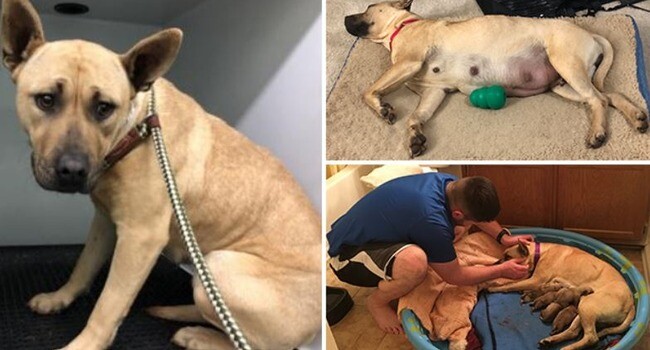 Nicholas got a lot more than he bargained for when he decided to step in and help get Emma off d.e.a.t.h row!

Nicholas’ friend had seen the dog and knowing her plight, and that Nicholas had fostered dogs in need before, put him in touch with Jesse’s Place Rescue, Inc. in Lake Wylie, SC. Predictably, Nicholas was up to help out and jumped in to coordinate Emma’s rescue. 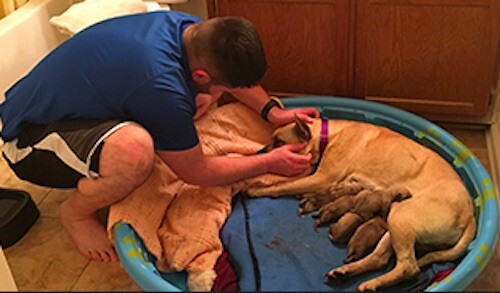 “I’m interested in fostering and possibly adopting this sweet girl…I’m very patient, calm, gentle, and have plenty of time to work with her. My last rescued boy d.i.e.d in 2016 from cancer,” he wrote to the organization, FOX13 reported.

The rescue was able to pull Emma from d.e.a.t.h row and she went home with Nicholas — except no one at the shelter had mentioned that Emma was very, very pregnant! 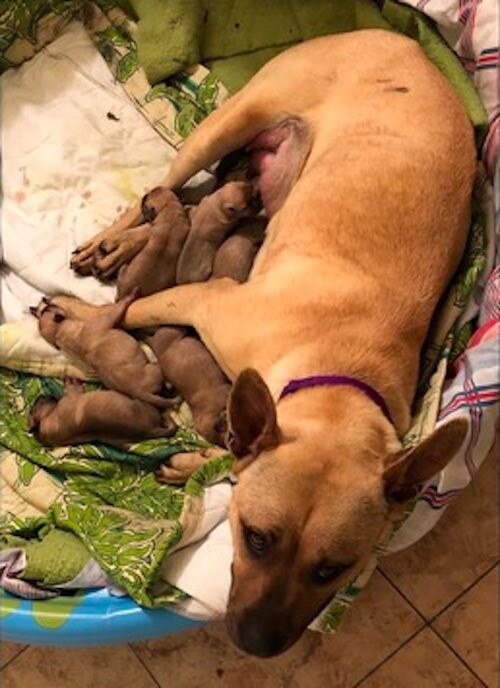 Luckily, Nicholas had some experience with birthing farm animals and opted to deliver Emma’s pups at home. When the time came, Emma gave birth to six puppies — two females and four males — without any difficulty.

All the babies, and momma, are doing well and Nicholas has their care all under control!

If you’ve ever heard the term ‘animal instincts,’ it perfectly describes one mama dog and her puppies. 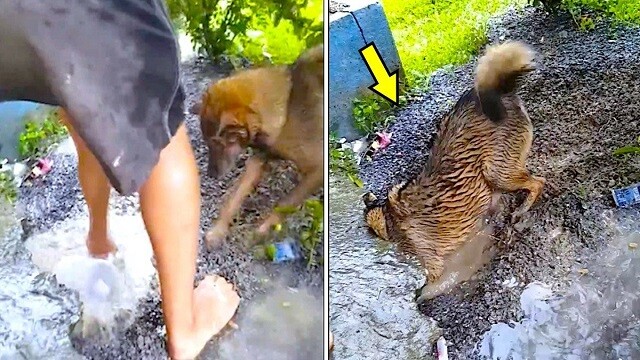 The poor puppies were stuck in flooding waters, but the frantic dog mom knew what she had to do. 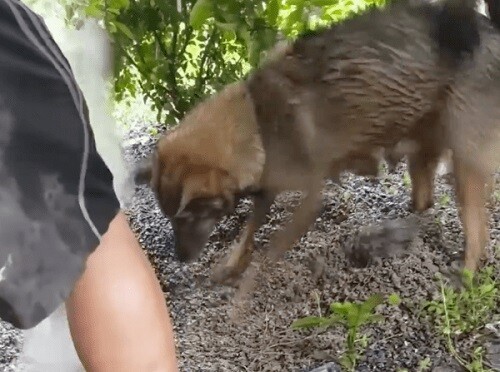 The puppies were lodged in a hole that rapidly filled with water. As the dog dug and dug at the hole, the water kept filling up. The dog’s owner stood by the side and kept emptying the water as fast as he could. 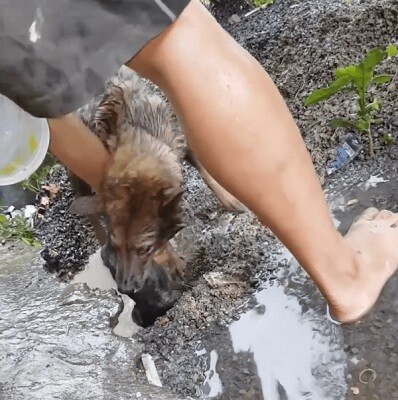 We cannot imagine the level of focus this dog had in order to get her pups out of danger. Once the hole was big enough, she jumped forward and right down into it. You can barely see her tail sticking out when suddenly, she makes contact. 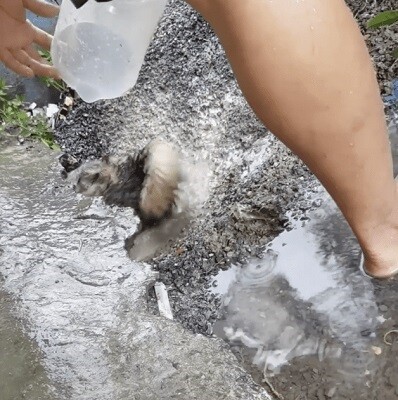 She comes out with her pups, who were unresponsive at first. You can see chest compressions being performed. The pup gasps for air and is okay. All the puppies made it out and are safe and sound! 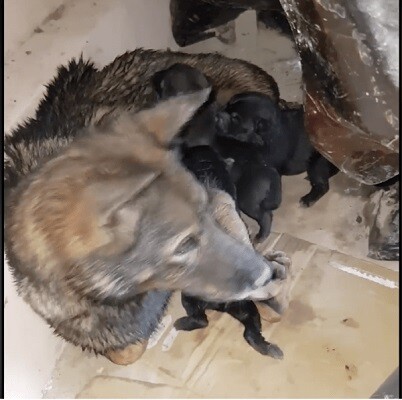 Watch the video for yourself and witness this miraculous rescue by a devoted dog mama! 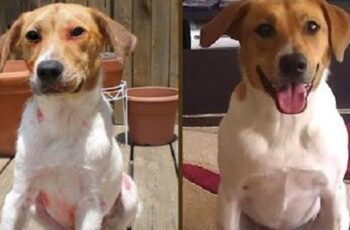 Pepper had a very rough life until Josh Woodyard rescued … 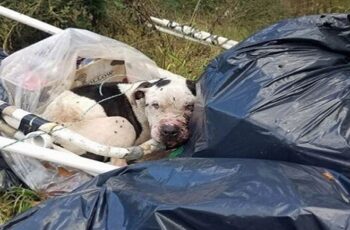 If it hadn’t been for a Good Samaritan finding him, …