A missing dog has been reunited with his family after eight years. 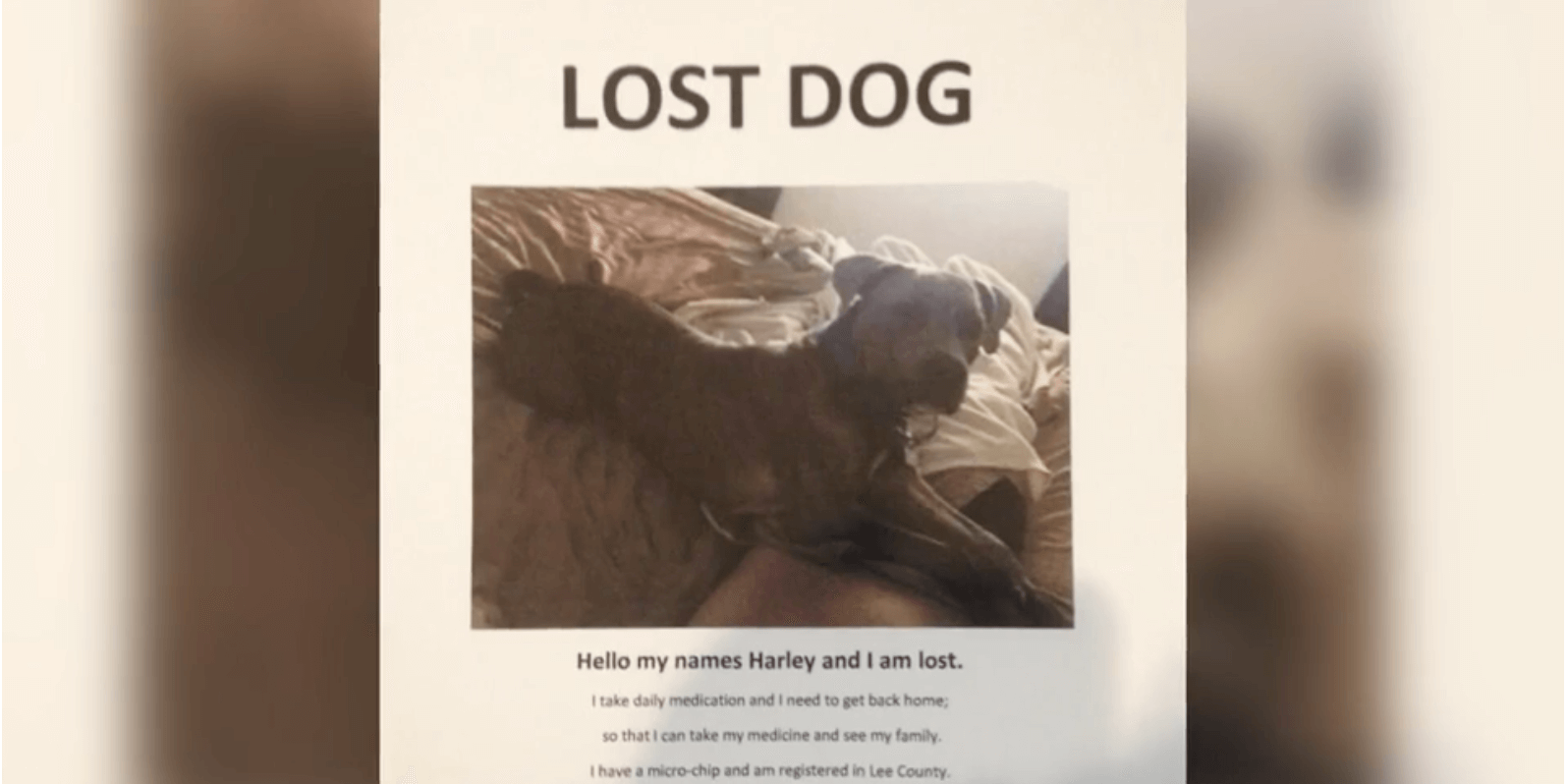 The family says their dog, Harley was only a few years old when he went missing in Lee County from their house in February 2014.

“I turned them out to go to the bathroom,” Betsy DeHaan told WINK News. “Turned my back for a second and they went off into the woods and we went looking and never found Harley.”

Despite frantic searching, the family wasn’t able to find Harley.

“We searched and cruised and looked and put up posters and sent out the wanted, missing pet and just never stopped looking for him,” DeHaan told WINK News.

They felt hopeless after not finding Harley.

When they later moved to Missouri, the family didn’t get another dog, deeply missing Harley.

Harley was found in San Carlos Park on Barto Boulevard by a woman, Angie Bray, and her friend.

“The dog was so sweet, super well-behaved. Seemed as happy as can be aside from being really skinny. He had some really overgrown nails,” Bray told WINK News. 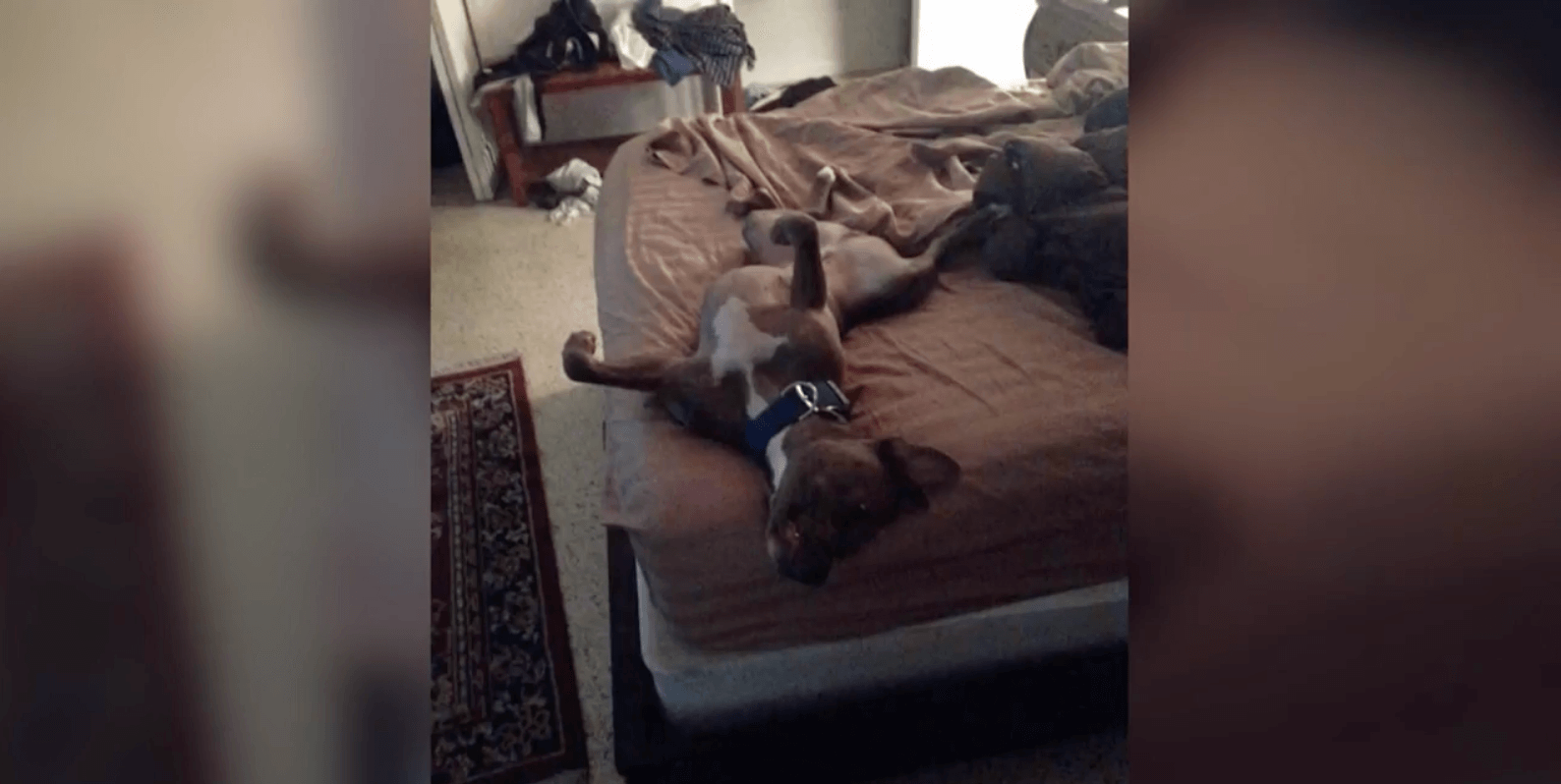 Harley was microchipped, which played an important role in locating Harley’s family and reuniting them.

When she got the news, DeHaan was in disbelief.

“We got the text on Saturday and I’m like, ‘Is this a scam?’ Because we were talking about him that morning. You know, what an amazing dog and where could Harley be. Is he still out there? And I got the text,” DeHaan told WINK News.

“And you know, you think Google always picks up on your advertisement? I’m like, this is a scam,” DeHaan told WINK News. “This is not real.” 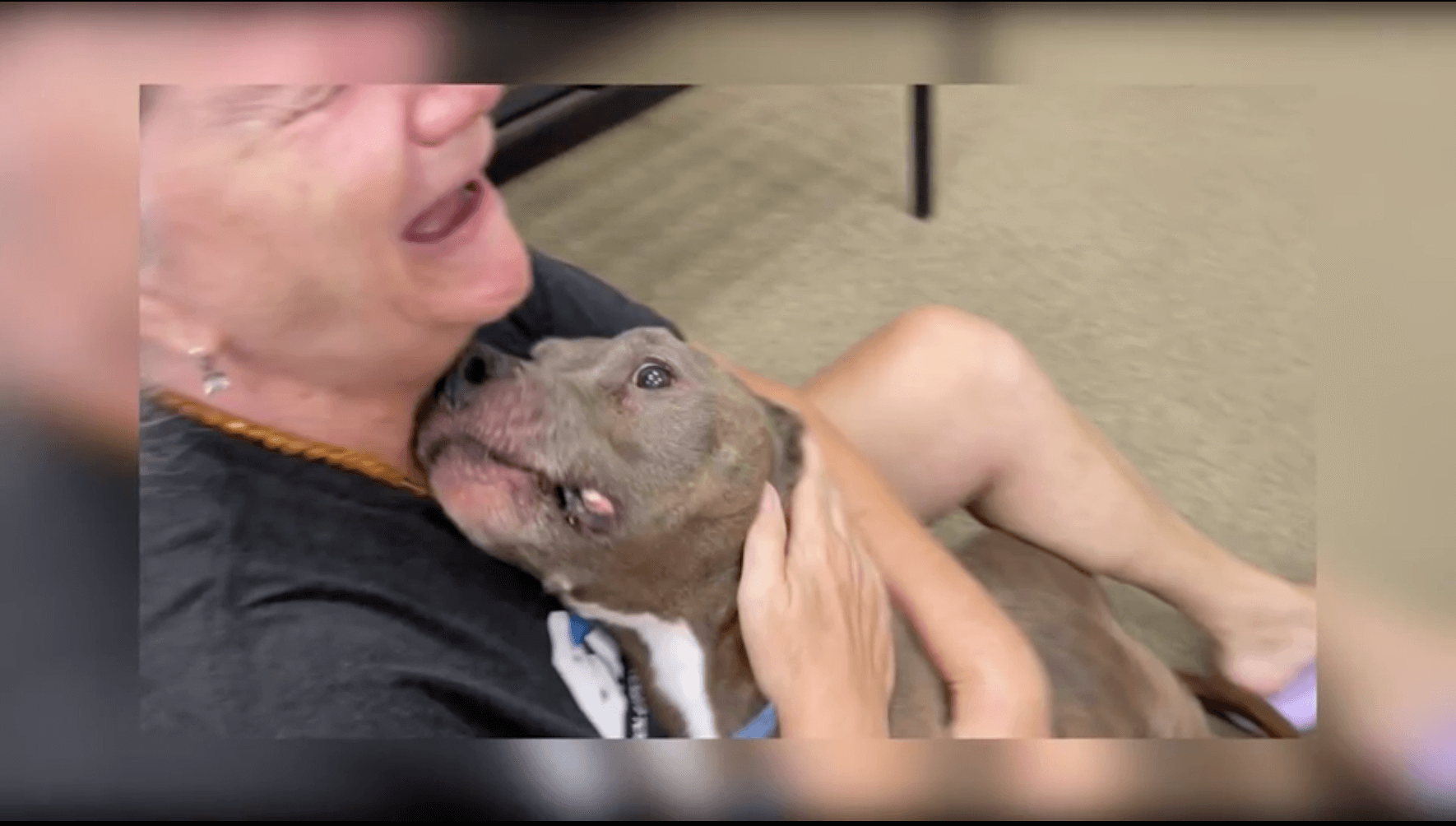 Reports say DeHaan drove all the way from Missouri — about 1, 100 miles —to reunite with Harley. 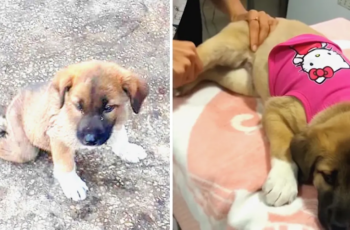 The puppy dragged His Heavy Body to a Villager’s House … 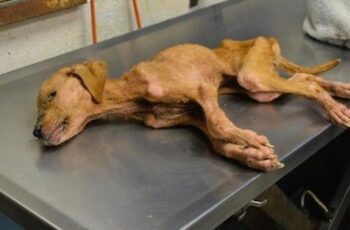