This poor dog went through a terrible situation, but thanks to some concerned animal lovers she got the help she needed to save her life! 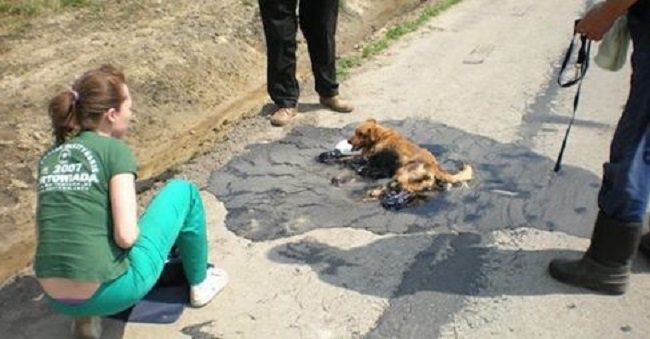 It was so hot in a Polish city that a dog got stuck to a melting road. 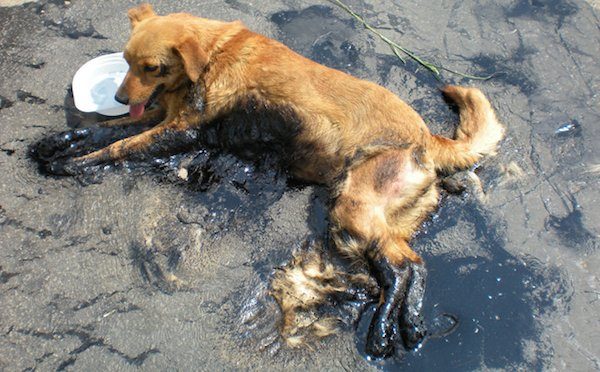 Residents noticed a stray dog had become stuck to the asphalt after it had melted on a road and become sticky like glue. 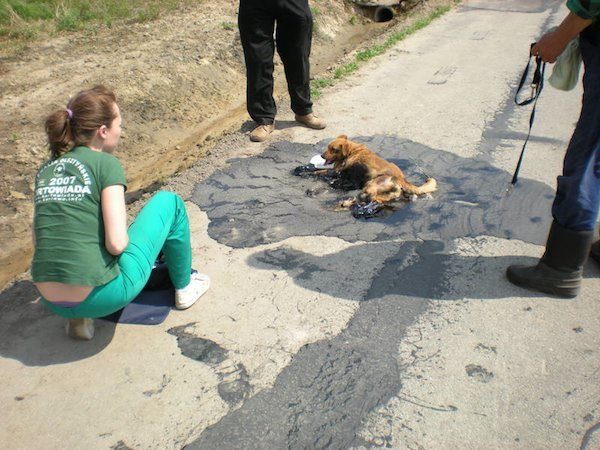 They quickly notified firefighters and the animal shelter in Piotrkow Trybunalski to come and rescue the dog.

According to a local newspaper, the road’s poor condition was attributed to a combination of the summer heat and the terrible quality of the asphalt and materials used by road workers to patch up the street. 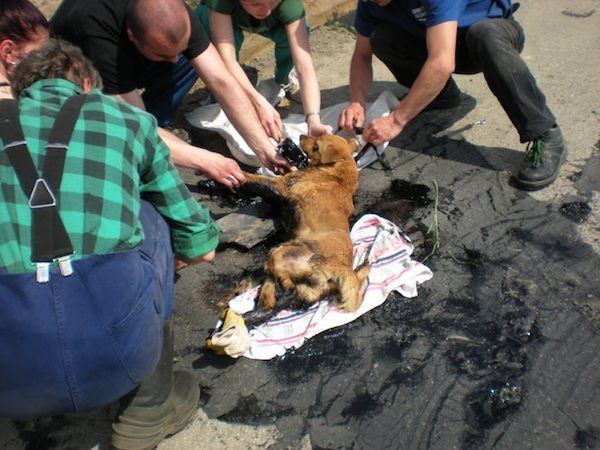 The rescue operation went on for quite some time because it was difficult to free the dog from the tar-like surface, but eventually they managed to save her. 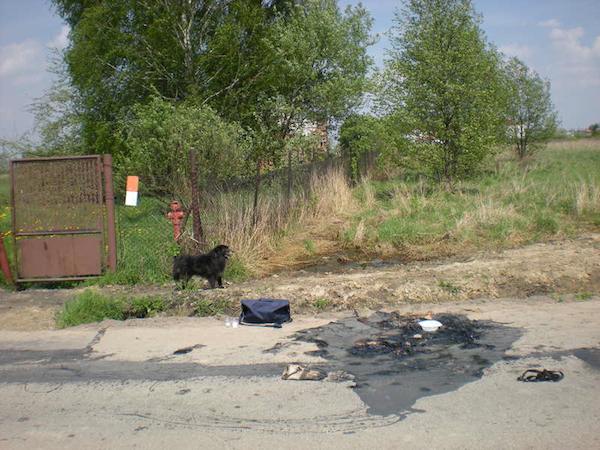 She was in serious condition but alive! They named her “Smółka” and took her to the animal shelter to be looked after.

Thank goodness these kind-hearted people were able to rescue her. I certainly hope she found a home after her terrible ordeal! Please share this rescue story with your friends. 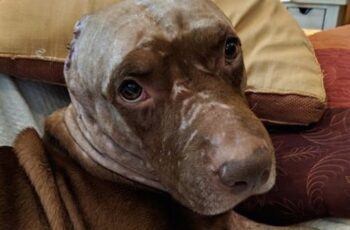 After a dog was brutally attacked by two other dogs, … 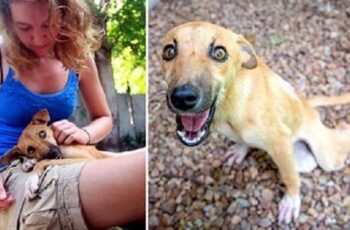 Team members at a remote elephant research camp in Botswana …