It took months for them to recover, but look at them now! And wait until you read what the latest update about Oscar! 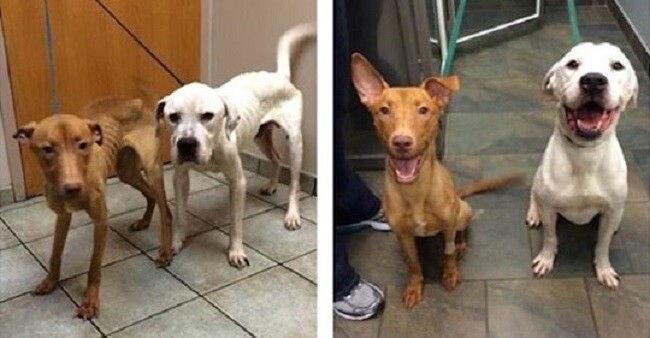 Two dogs on the brink of d.e.a.t.h began their journey to a new life when Trio Animal Foundation received a call from the Chicago Police Department.

The police had just rescued two s.t.a.r.v.i.n.g dogs from an abandoned building and the dogs needed help urgently. 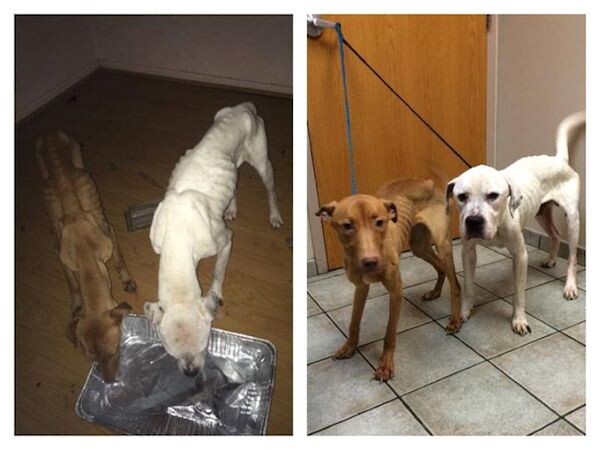 The rescue rushed to pick up the two dogs, who they named Emmy and Oscar. Both dogs were anemic and dangerously dehydrated and malnourished.

They were both in “s.t.a.r.v.a.t.i.o.n mode” and would need to be nurtured slowly back to health.

Read the latest updates at the bottom of this article. 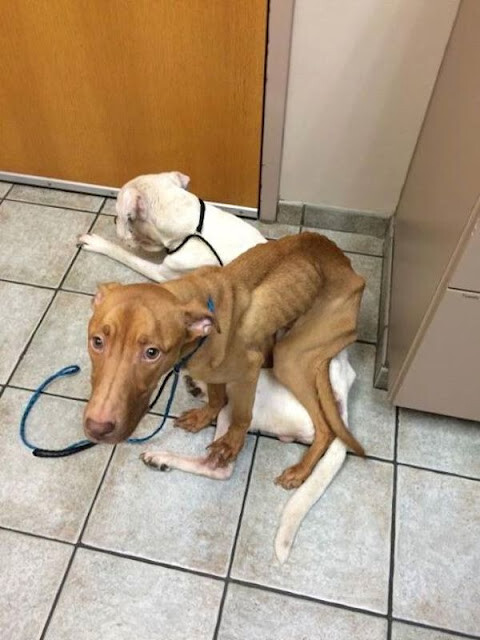 And recover they did! Slowly but surely the two dogs began to gain back much-needed weight. 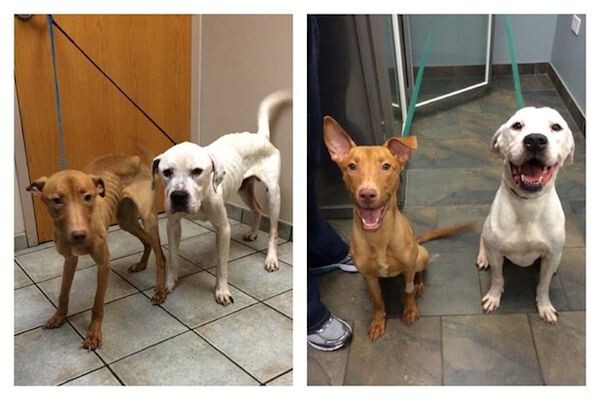 During her hospitalization, Emmy fell for one of her vet technicians and he fell for her too! Trio recounts on their Facebook page, “When Emmy was weak and didn’t want to leave Anthony’s side, he would drape her around his neck and carry her around like a little fawn… this is when Emmy was happiest.”

As Emmy got better, she would walk around the vet clinic looking for Anthony.

When it came time for Emmy to leave the vet clinic, Anthony had tears in his eyes and he realized “he couldn’t lose his favorite girl” and Emmy officially joined Anthony’s family at the end of August. 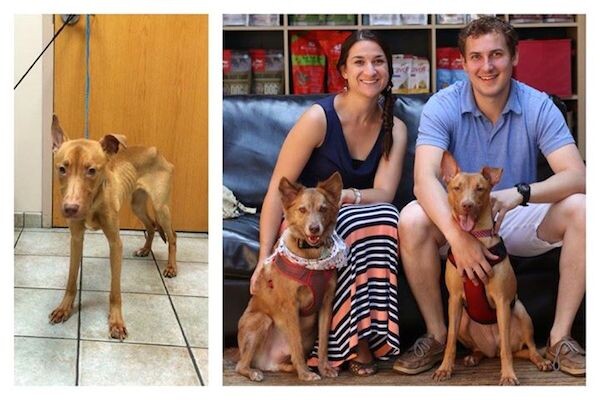 As for Oscar, he has also made a full recovery, and is now waiting for his special someone. The rescue has given him some extra rehabilitation and write:

“During Oscar’s several weeks of training, Oscar has proven that he can trust people, play with dogs, and listen well. He is a happy-go-lucky dog the majority of the time, though he has some fear issues that are residual from his past. Oscar needs a home where people are going to keep up with his training, be consistent and be confident to show him the ropes. He could either be an only dog or he could be a buddy for your existing pup….he will go with the flow.

“Oscar is good in his crate, walks nicely on leash, is awesome in the car, knows all his basic commands and LOVES to play. He is pretty lazy, as most Bulldogs are, and sleeps a lot.” 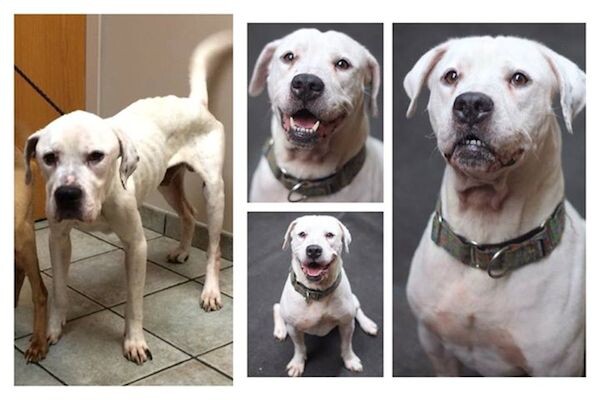 A few months into Oscar’s rehabilitation, he got an adoption application from Tyson and his family. Tyson is an experienced dog owner with “plenty of dog knowledge, and he also had an American Bulldog female named Aspen,” Trio Foundation wrote on their website. They arranged for a home visit and for Tyson to meet Tyson’s family, including Aspen. Tyson immediately bonded with the family and loved meeting Aspen. Needless to say, it worked out.

“It didn’t take long to realize that Oscar had found his new people, a family who would keep up with his training while providing a loving, safe and fun home that our brave pup so deserved,” his rescuers write.

It’s so heartwarming to see how far Emmy and Oscar have come. From being on the brink of d.e.a.t.h, these two dogs are now happy and filled with the promise of love. Share this touching rescue with your family and friends! 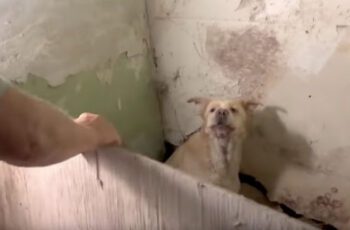 Lost and alone, living in filth, Jamie Lee was not … 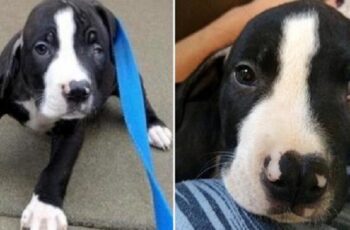