In Detroit, Michigan, Tad – The dog was left alone tied up in the backyard without food or water.

His family just left him there when they moved out of the house a few days before Christmas. 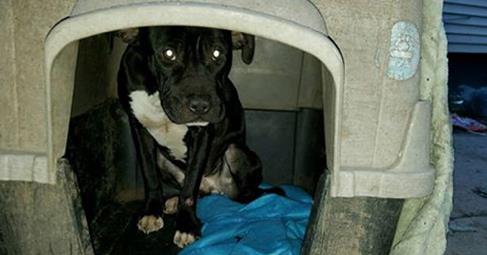 Some neighbors found Tad and called Happy Days Dog and Cat Rescue. By the time the rescuers arrived, Tad was on the brink of star.va.tion.

The only things Tad had been able to eat were scraps of metal. He was bleeding internally and needed b.lo.o.d transfusions.

All the garbage in his intestines had caused a blockage, and he was covered in ticks.

Things are looking better for Tad, who is just one year old. He has started his road to recovery and is safe and warm.

Take a look at this video

Soon, he will be ready to find a new family. One that won’t leave him behind. A GoFundme page has been set up to help cover his medical expenses. 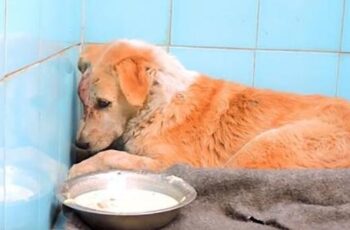 Sheru, a dog living in the slums of a city …