Darla the Great Dane came in to AdoptADane Rescue Qld with a severe skin condition.

She had very few patches of fur left on her body and she was very depressed and in a lot of pain. It was obvious to the rescue that Darla was likely suffering from mange. 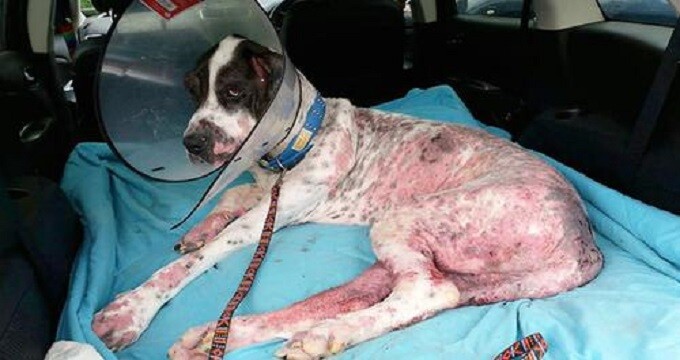 They all assumed it was a case of neglect, but the truth turned out to be far worse.

The family had taken Darla to a vet and also sought second opinions, but the vets in their area were not very good and none had diagnosed mange. Instead, after 6 months of her condition worsening, the vets recommended putting her to sleep.

The family didn’t want to see her suffer any more but they also didn’t want to put her to sleep. Fortunately, they found AdoptADane Rescue Qld and asked the rescue to take her.

Feeling responsible and guilty for her condition, they relinquished her to the rescue asking them to save her.

“They were really good people they just didn’t know what they were dealing with,” said the rescue.

It was a lot of work, but the rescue managed to turn Darla’s health around. The dog who had been sick for half a year, recovered within two. Her rescuers also found her a loving, forever home.

Darla’s story is a certainly a cautionary tale that doctors can be fallible.

But thankfully, Darla had a family that eventually did find her help, even though it came at a cost. 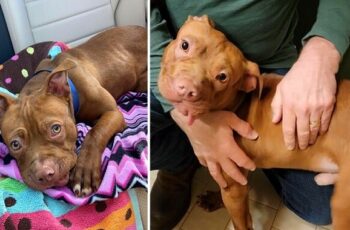 The c.r.u.e.l.t.y with which some people treat animals is truly … 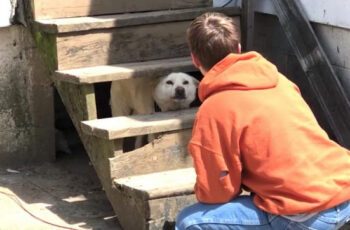 “Are you going to save that dog?” neighbors yelled at …