A dog who was left in a hot car has been adopted by the police officer who saved her.Officer Jeff O’Rear responded to an urgent call about a Chihuahua puppy left in a hot car at a shopping center in Kansas City, in the d.e.a.d of summer. 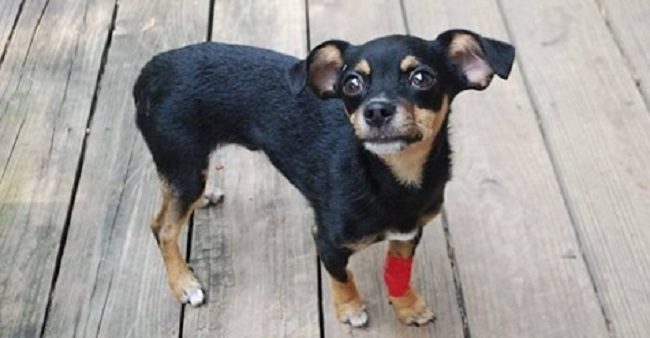 The puppy had been stuck in the car for nearly 2 hours with outside temperatures a whopping 110 degrees. The puppy’s internal temperature was an estimated 107 degrees.

When Officer O’Rear and his fellow officers opened the car the dog was unconscious in his crate, lying on his back with his legs sticking up in the air.

Seeing the dog nearly d.e.a.d was “one of the toughest moments he had to deal with in his career,” O’Rear told 41 Action News.

O’Rear rushed the puppy to a nearby pet store and after a night in a vet hospital, the puppy miraculously pulled through. His former owners were charged with animal c.r.u.e.l.t.y. 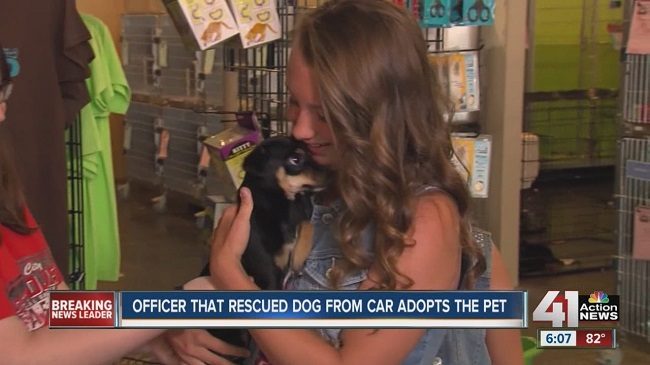 But Officer O’Rear wasn’t done rescuing the dog just yet. He couldn’t stop thinking about the puppy he had helped save and decided to officially adopt him, much to the joy of his two daughters.

“I want to make sure that he lives pretty much a life of a king for the rest of his life because of what he went through,” O’Rear said. “I think we’ll be able to provide that.” 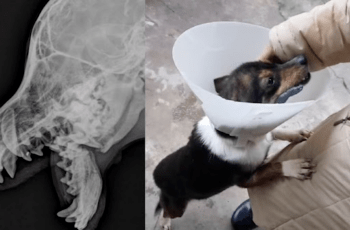 It’s unbelievable what some animals are able to go through … 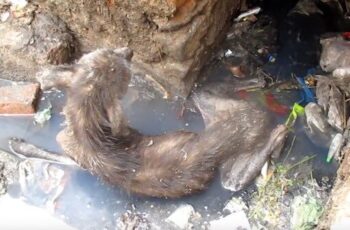 A street dog lay heartbroken and defeated in a gutter …