Victor had had a horrible beginning to life. He had been forced to fight with other Pit Bulls for years and was covered in the scars that showed how horrible he had been treated.

He has tears on his lips and ears. There are remanents of puncture wounds all over his body. 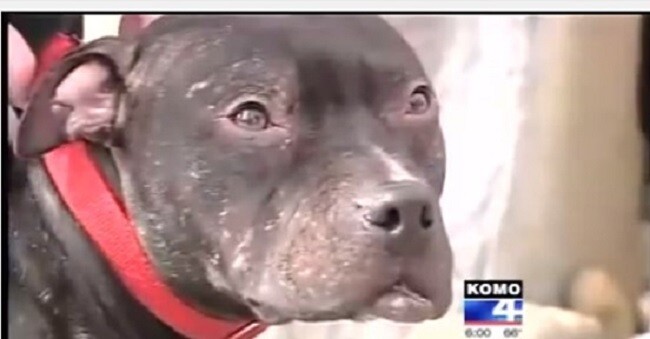 But this Pit Bull, named Victor, was grateful for his second chance at a good, happy life given by Bulls Eye Rescue and foster mom, Amber Melena. One day, he had an opportunity to show just how grateful he was.

According to Komo News in Seattle, Washington, it was just a routine day for Amber who was out running some errands with her foster dog, Victor, along for the ride.

Amber was just getting in the car when a strange man opened the passenger car door and attempted to get in the car.

Victor wasn’t interested in having an another man in the car and leaped forward with a very loud bark.

This was enough to startle the man who fell backward allowing Amber to escape. The police were able to later arrest the man.

Lorrie Kalmbach-Ehlers of Bulls Eye Rescue rescued over 23 Pit Bulls from a dog fighting ring outside Seattle. According to Kalmbach-Ehlers, “We put the dogs through months of rehab, but most had to be put down.

They had been beaten and abused so badly that either their physical or emotional scars were too severe to save them.” Victor and 2 others, Hope and Phoenix were the exceptions and are still available for adoption.

The video proves that even after the most inhumane treatment, dogs can be forgiving and adjust to a normal life. Victor is an example of how loyal Pit Bulls can be. 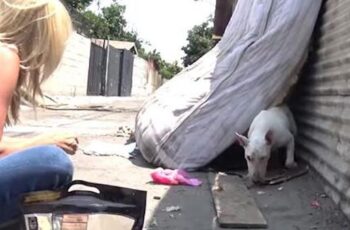 Two abandoned dogs are on their way to better lives …

Rico Soegiarto was on his way home from work when …