A street dog sought refuge from a massive head would by hiding under a car. To rescuers, it appeared he had crawled there to die. He lay there trembling but still had energy to lift his head and look at the team from Animal Aid Unlimited, India, who had come to save him. 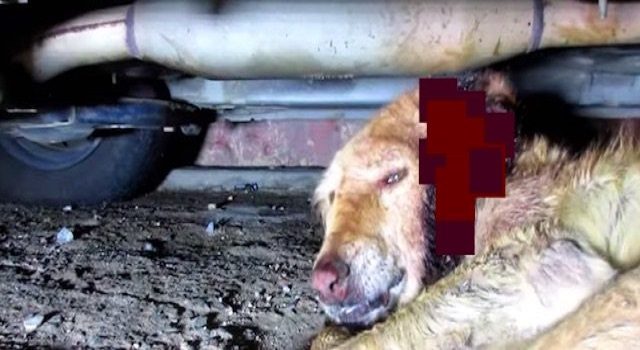 When they attempted to pick him up, Sunny-Day tried to flee, but he was wobbly on his feet from his injury and they were able to secure him with a blanket. 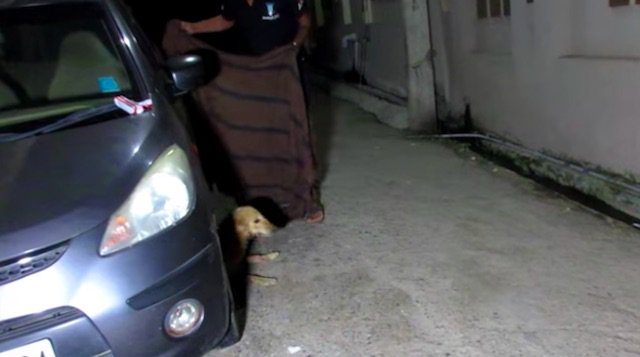 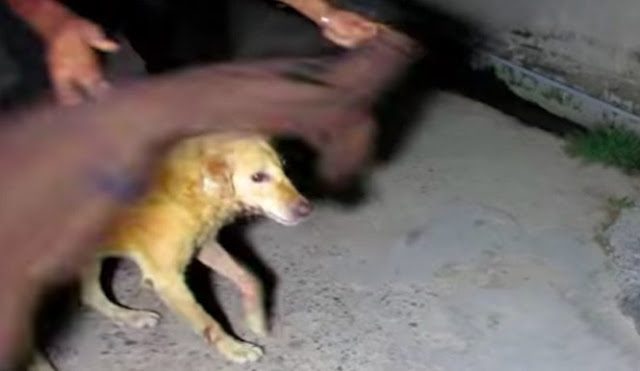 “Once back at our hospital we found the wound filled with hundreds of maggots who had destroyed most of his ear, which had become necrotic,” they wrote in the YouTube description.

After removing the maggots and flushing the wound, they bandaged up Sunny-Day and gave him painkillers and medicine. 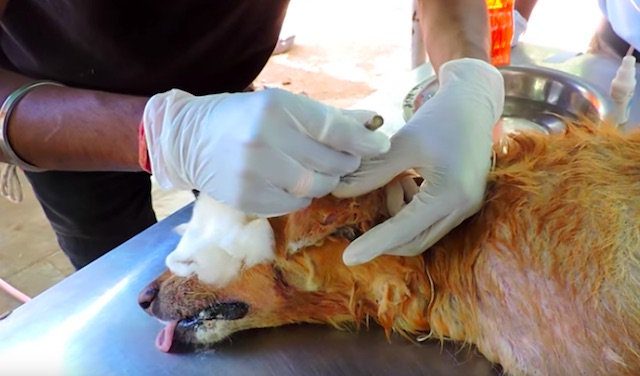 He got plenty of rest and one-on-one attention during his recovery. And although his rescuers didn’t have much hope for him in the beginning, Sunny-Day pulled through. 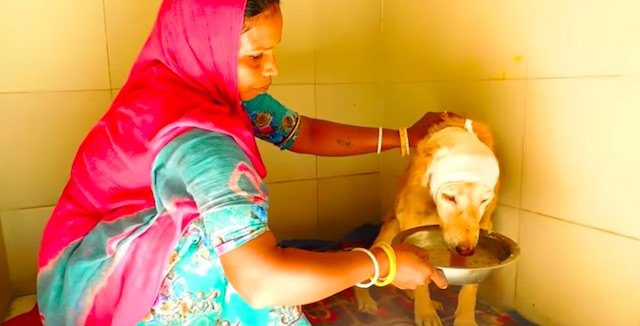 Once he recovered, Sunny-Day enjoyed the love and affection from shelter staff. 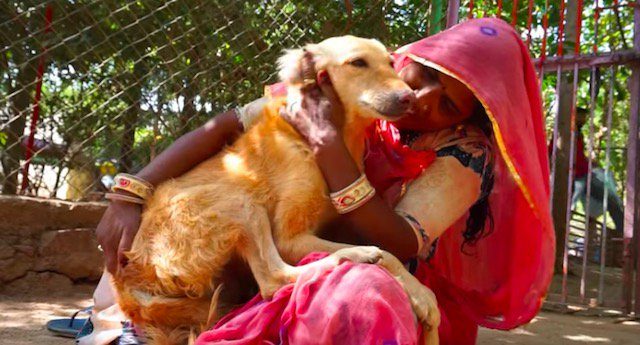 Sunny-Day is happy and alive thanks to the quick and compassionate actions of his rescuers. 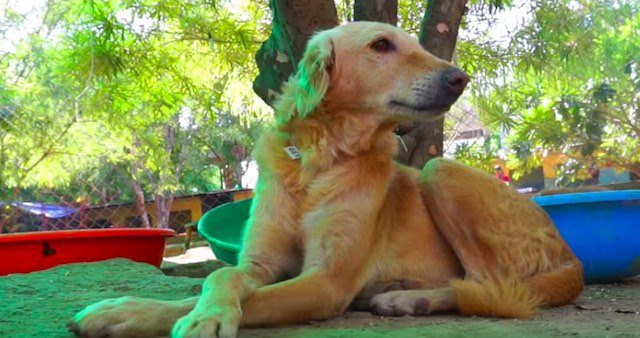 You can watch Sunny-Day’s full rescue and recovery in the video below. 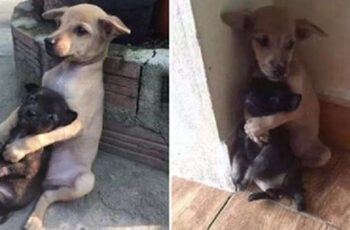 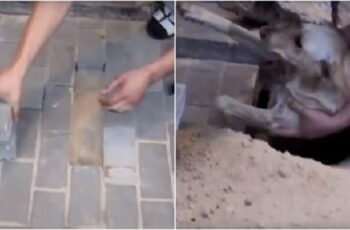 A sidewalk in Russia collapsed, and left a big hole …