A cyclist out for a ride in the woods with some friends ended up saving a stray dog’s life.

Jarret Little was cycling in the woods near Columbus, Georgia when he spotted the dog, who appears to have been hit by a car. 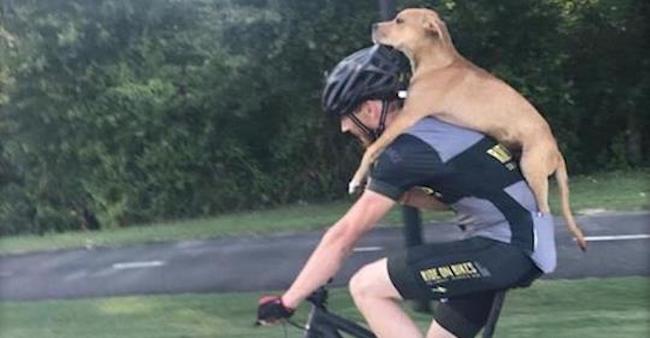 “We stopped to regroup and he came out of the woods to greet us. He was really thin, ribs showing and had a lot of road rash and a broken leg,” Little told CBS News.

They gave the dog water and food and afterwards Jarret lifted the dog onto his back and cycled into town to look for help. But even he could not have imagined what happened next.

“They say the odds of winning the lottery are one in a million. This pup was the winner this week. Amazing series of fortunate events,” Jarret wrote on Facebook.

They immediately found Andrea Shaw when they arrived in downtown Columbus and were visiting a local bike shop to get the dog more water and food. Andrea was in town on a business trip from Maine and ran into Jarret and saw the dog. She immediately offered to help, “Columbo”. 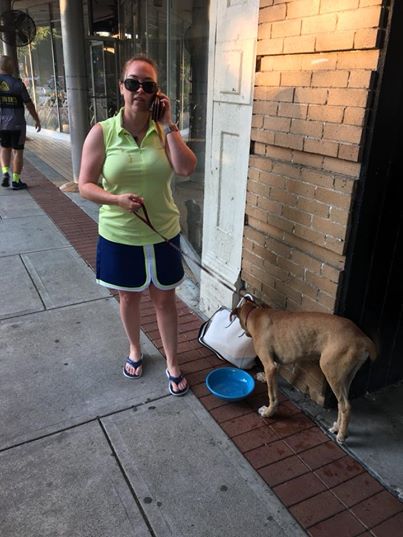 Columbo must have known Andrea was the one to help him, because he hugged her right away. 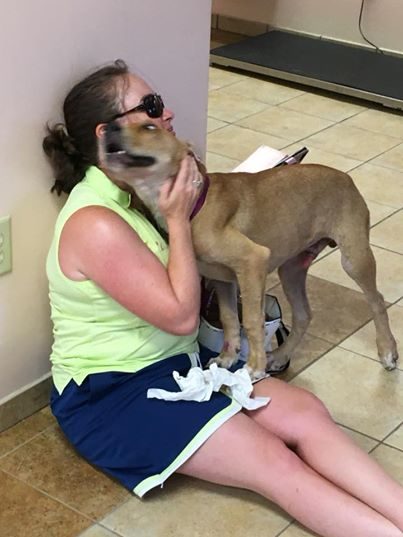 Adventures of Columbo [Andrea] wrote, “I [Columbo the dog] hugged her because she spoke so nice to me. I bled on her new shirt. She must’ve liked it though because that’s when she called her husband and said ‘I’m saving this dog – he’s bleeding and broken and I’m not leaving him.’ Her hubby – Joel Shaw replied “Ok. Is your hotel pet friendly?’” 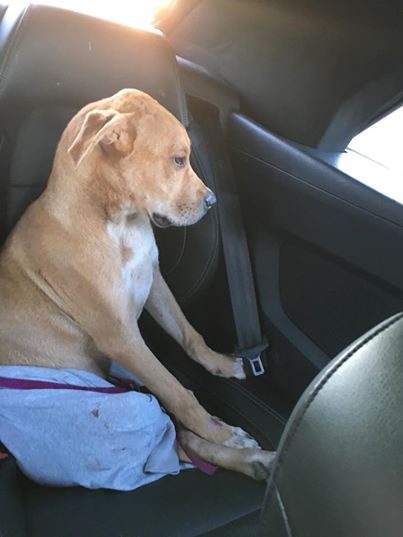 Andrea got Columbo to an emergency veterinarian, where it was discovered Columbo had a broken front toe and a fractured back leg. 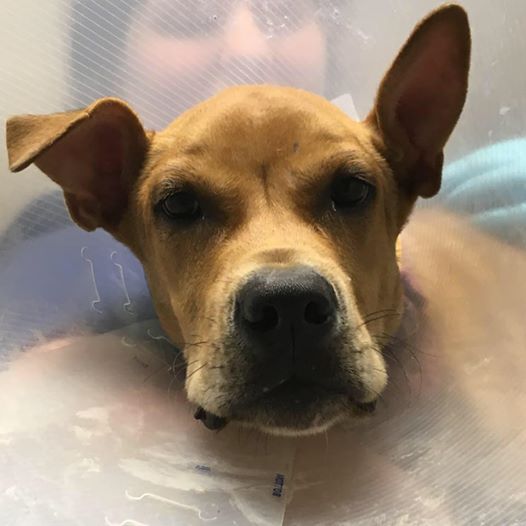 She paid for Columbo’s surgery and found an organization, Canine Freedom Transportation, that would help transport the dog back to Maine and to her horse farm. 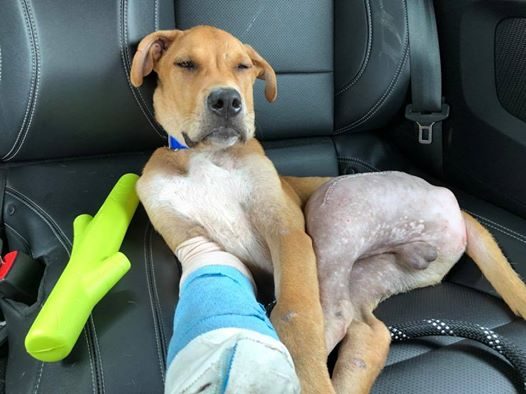 “Bo traveled with 25 staples in his hind leg after having four pins to put in to stabilize the fractures and a full cast on a front leg to stabilize a broken toe,” Andrea wrote. “They gave him all his meds and kept him comfy until he was back in my arms.” 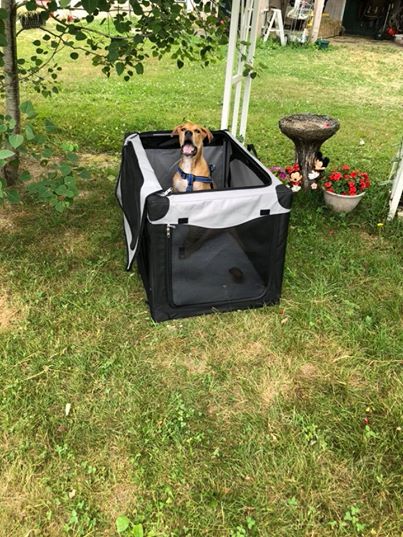 Now Columbo is settling in to his new life and meeting his new family. 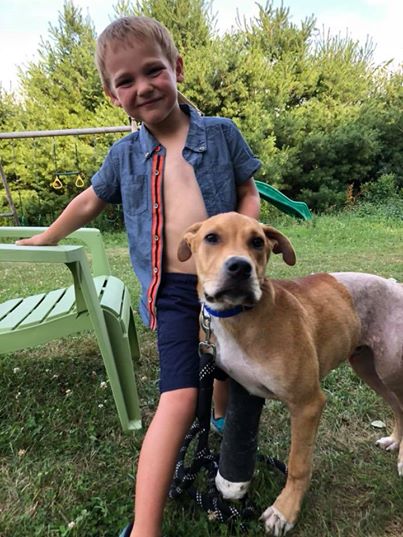 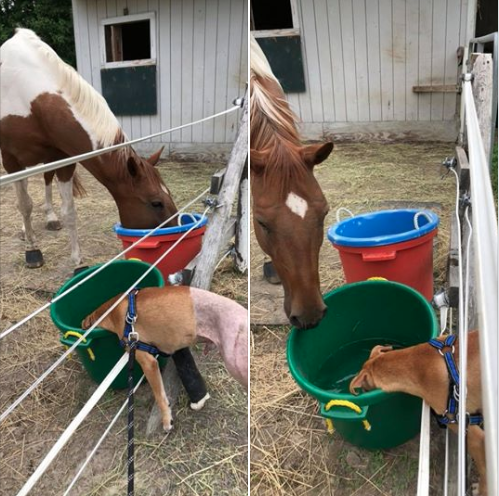 Also wonderful is how Andrea took Columbo into her heart and not only got Columbo the medical care he needed but has also given him a forever home. 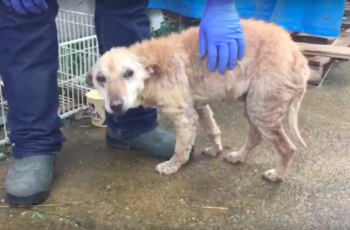 This dog named Emu has had a very rough life. … 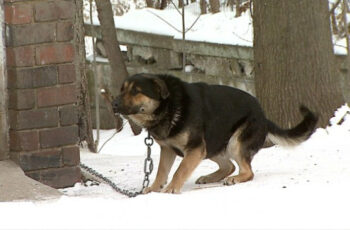 Every winter there are dogs who Ԁie outside in the cold. …