Hope For Paws headed out to the dessert early in morning after receiving a call about an injured poodle. 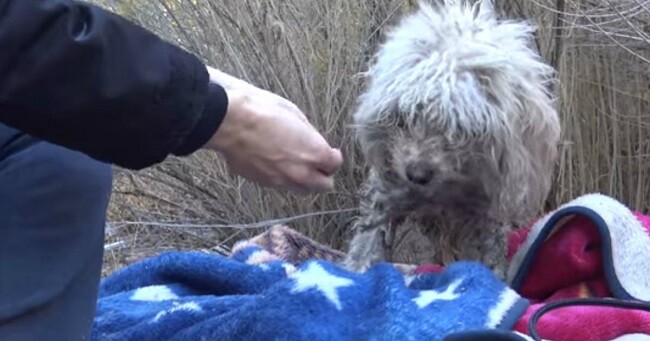 When Lorena Frankonyte and Eldad Hagar found the dog, they realized he had lost his back paw and would need immediate medical care. 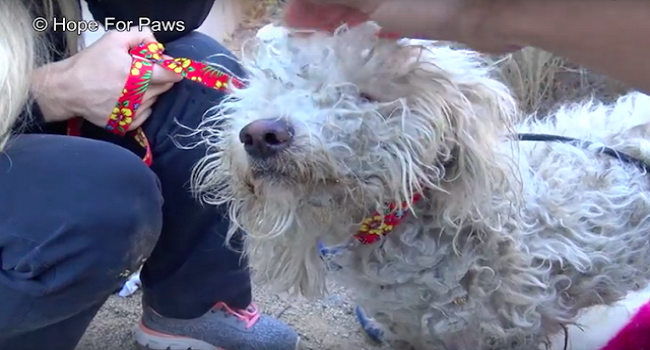 But the stray dog was very nervous and after 10 minutes of coaxing with food, he still wouldn’t come out from the bushes. He grew even more nervous when when gardeners arrived with loud equipment.

As they began to ran out of food they grew worried they might lose the dog, so Loreta attempted a dangerous move in order to catch him.

She grabbed him and the frightened dog ended up biting her multiple times, but she didn’t let go!

They rushed “Washington” to the car and his demeanour completely changed when he was inside.

And wait until you see how happy he is at the hospital! Loreta says seeing Washington so happy and grateful made what she did totally worth it, and she’d do it again. 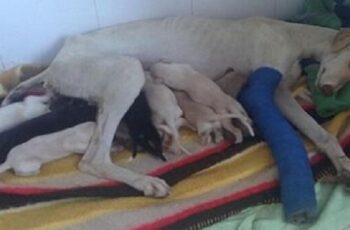 A Greyhound with a broken leg found wandering the streets … 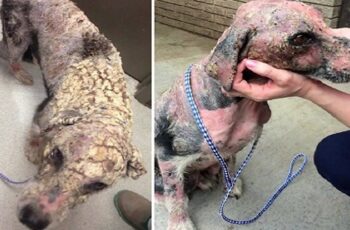