Matilda was left in the streets in so much p.a.i.ƞ she wouldn’t stop crying. But a few days later…my heart. 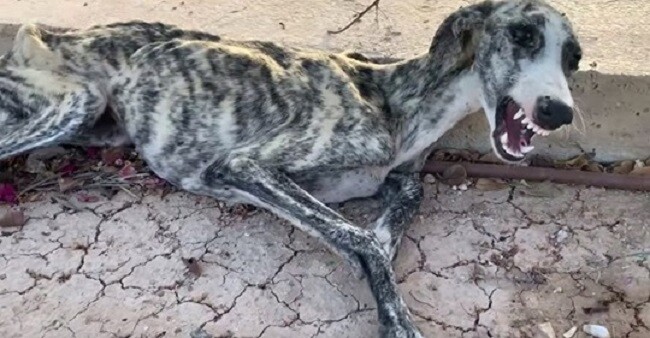 Galgos del Sol Animal Rescue comes to the rescue of galagos – Spanish h.u.n.t.i.n.g greyhounds – dogs who are a.b.a.n.d.o.n.e.d or k.i.l.l.e.d by the thousands each year at the end of h.u.n.t.i.n.g season in Spain.

The dogs are not seen as potential pets so they end up either in k.i.l.l shelters or more often dumped by the road to d.i.e. 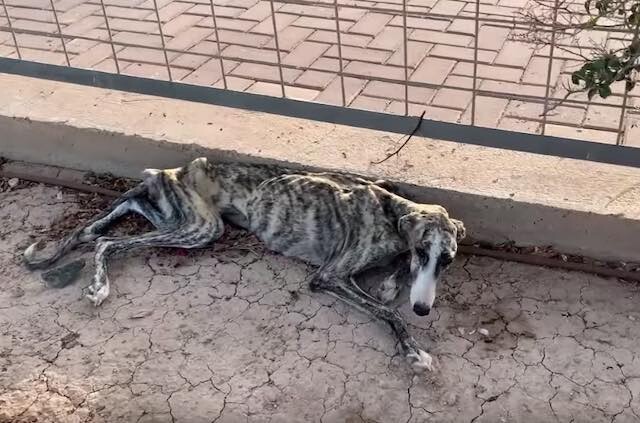 That’s how Matilda was found. She was heartbroken and in p.a.i.n, all alone on the streets and wouldn’t stop crying. Her skinny frame showed all her bones as she is half the weight she should be. 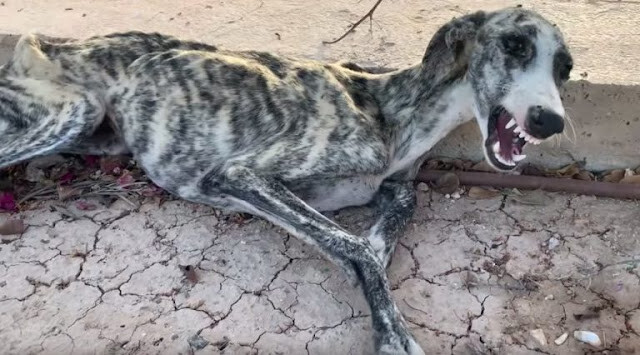 A group of young men and women called Tina Solera, the founder and president of Galgos del Sol Animal Rescue to tell her about Matilda. Tina wrote on Facebook that she was just driving the past the town she was in when she got the call.

Thinking she could rescue Matilda without a trap, things didn’t go quite as smoothly as she expected. A few of the young men helped her get the dog into the crate.

“This was also hard as she was biting and of course the one time I need the muzzle I didn’t have it,” Tina said of Matilda’s rescue. “The screaming and crying was so stressful and everyone was upset but what a brave bunch of young ones who helped me and will hopefully go on to be ambassadors for the galgos.” 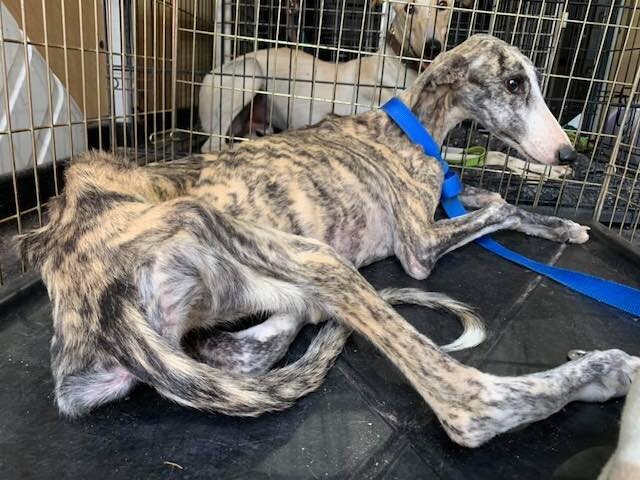 Once Matilda was safely with her, Tina took her to hospital. She continued to scream and cry and Tina didn’t know if Matilda was doing it out of p.a.i.n or fear.

Tina, who moved from the UK to Murcia, Spain with her family is a mother of two said her heart broke at Matilda’s cries. “I’ve aged about 30 years in the last hour, the crying and screaming is so stressful, makes you feel useless. She’s safe now.”

The emaciated dog was covered in ticks and had a fever. She would get a full body X-Ray and scan to see if she had anything broken, but nothing obvious showed up so she was given an IV, p.a.i.n meds and a soft bed to sleep in. 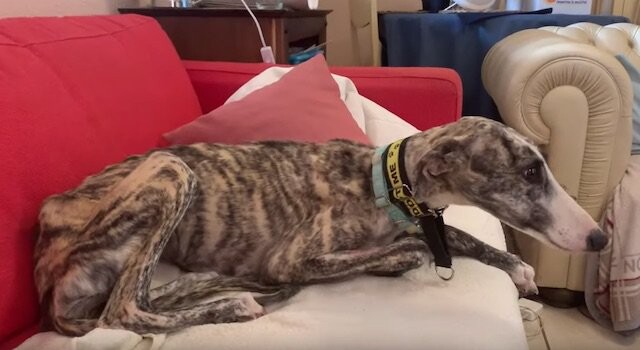 A few days later Matilda was feeling much better. “Lots of emotional trauma, still some screaming but does settle down. Just a pup and has already been to hell and back,” Tina described. “I think she will come around quickly enough.

She’s been hydrated for the past few days and is on treatment for tick diseases. She’s eating well but best of all we did get a little tail wag earlier…” Matilda’s adorable tail wag and her first few days can be seen in the video below.

Tina is confident that Matilda will be fine after she gets rest, food and love. “She’s so insecure by day by day getting a bit better.”3333 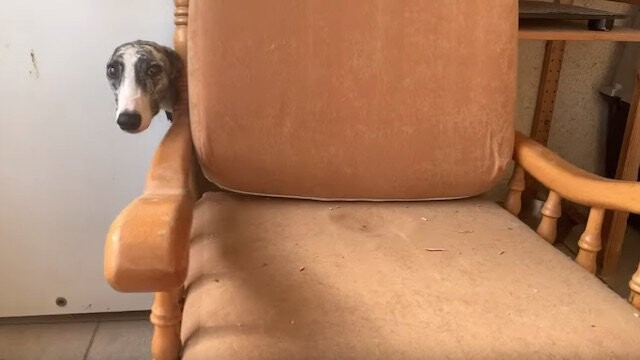 Tina founded Galgos del Sol after coming face to face with a stray galgo looking for help. “It’s hard to explain the connection that I felt but when he looked at me with his soulful eyes and stretched out that needle nose, I knew my life had changed forever,” she said. 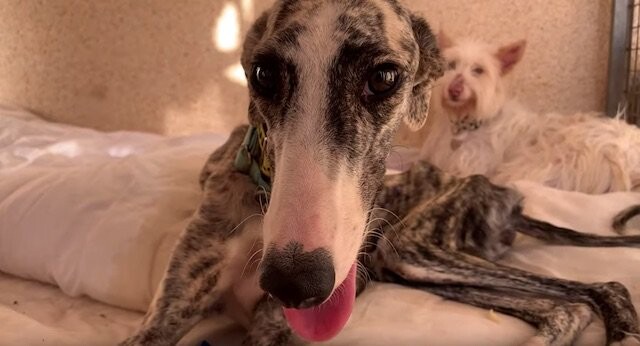 Galgos del Sol is now a registered charity in Spain, the UK and the US that focuses on rescuing a.b.a.n.d.o.n.e.d and injured galgos, rehabilitates them and finds them forever homes in the UK, US and Belgium. They have over 150 galgos, podencos and mixes of those breeds in their care. 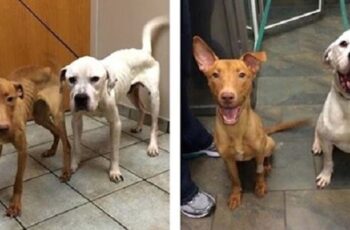 It took months for them to recover, but look at … 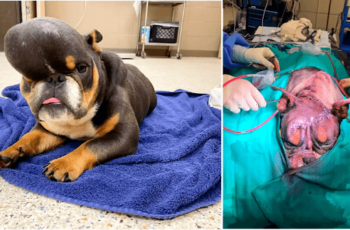 The “swollen lump” was removed during an operation performed at …